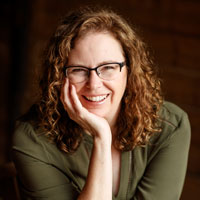 Shelley Paulson was 43 years old in 2013 when she slipped on a wet concrete floor and fell headfirst. She initially had bleeding from a cut and was in shock. Brain injury symptoms started about five days following her fall. Her CT scan did not show bleeding on the brain so she was released.

“I first saw my primary care provider who referred me to a neurologist,” Shelley said. “I saw the neurologist but he just said to give it time. After six months, it wasn't getting better and I was sinking into a depression. A photography client referred me to a functional neurologist named John Pietila who works at NeuroTarget Chiropractic in Burnsville, Minnesota.”

She continued, “with training in both chiropractic and neurology, he uses muscle response testing to find out where the brain is weak and then uses chiropractic adjustments to wake up and heal the brain in those areas. After just two weeks of treatments, I was making huge progress and feeling more like myself every day. I saw him weekly for about six months and now see him every few months to keep my brain functioning well. He literally gave me my life back!”

After her traumatic brain injury (TBI) Shelley was plagued by light and sound sensitivity, aphasia, and general brain fog. She had some balance issues as well.

“Now, almost 10 years later, I'm mostly recovered. I still don't handle stress or lack of sleep well, so I am cautious about how I spend my energy and make sure to get a lot of rest.”

The concept Shelley refers to, in terms of being cautious with energy consumption, is a common way of managing symptoms of brain injury and thinking of the amount of energy you spend during tasks much more than those without a brain injury need to. NDBIN highlighted this in a Webinar Wednesday with Rebecca Quinn, associate director of North Dakota Brain Injury Network (NDBIN). Fatigue Pie was recorded in December of 2019 and talks about the barriers fatigue causes to individuals with brain injury and strategies to overcome those barriers.

A brain break is just like it sounds, a short mental break where very little stimulation, if any, is present. If an individual is worried they will fall asleep, we often recommend setting a timer. Ten to twenty minutes is an ideal timeline for a brain break. Apps such as Calm can be used during this time for some guided meditation but no visual stimulation or loud auditory stimulation should be used. If you are a survivor of brain injury and haven't implemented this into your daily routine yet, give it a try and let us know how it goes. 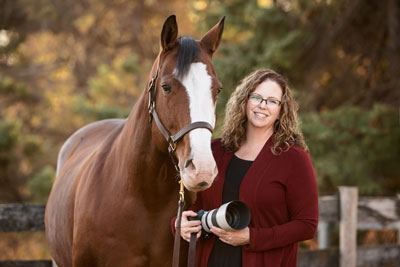 Shelley was able to find a silver lining following her brain injury. When asked if her life has changed for better or worse she said, “I would say it's for the better. Before my TBI, I was primarily a wedding photographer and only photographed horses on the side. After my TBI, weddings were too much for me, so I took a leap of faith and quit weddings to pursue horse photography full time. It took some time to build my business back up but now I'm actually thankful for my TBI because it led me to my dream career.”

Shelley's website features her stunning photographs and it is evident that she has chosen the right career for herself.

When asked what advice she would share with other survivors, she said, “Don't let your brain injury define you. I had to fight against letting it become my identity. It's a part of my life and my history, but it's not the most important part of who I am. I am open about it when people ask and mindful of the long-term limitations, but I don't focus on it as a defining part of my life. I've seen people with TBIs become engrossed in their injury privately and publicly, and it makes me sad to see them define their lives by their injury.”