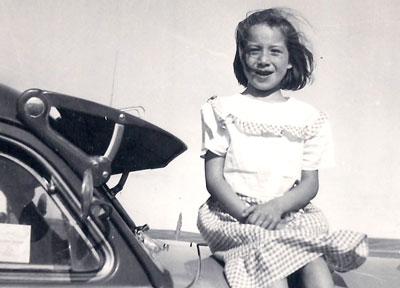 Skipp Miller, a traumatic brain injury survivor, understands what it means to live with a debilitating injury. In fact, it is estimated she has experienced 26 concussions/brain injuries throughout her life, which has been filled with abuse, addiction, love, loss, understanding, and advocacy, for herself and others.

Skipp was born in 1944, on the Flandreau Santee Sioux Tribe, Flandreau, South Dakota, where her parents had earlier attended boarding school. She describes herself as a mix blood Native American. Her mother was Turtle Mountain Chippewa and Fort Peck Dakota-Sioux, and her father was Oklahoma Seneca and Omaha. When she was young the family moved to the Omaha Reservation, Macy, Nebraska. When Skipp was four, her parents divorced and she moved to a ranch north of Williston, North Dakota, to live with her grandparents. Her grandparents would remain a strong presence in her life.

In Williston, Skipp attended Catholic school and attended through 8th grade when her mother remarried. Both were alcoholics and had an abusive relationship, something that would mirror many of Skipp's future relationships.

The first time Skipp distinctly remembers being hit in the head was by a horse on her grandparents' ranch. She remembers petting the horse's muzzle and being a curious young lady bit the horse on his muzzle! The horse reacted by head-butting her hard, she remembers seeing stars.

By age 16, she was drinking and driving with a group of friends when they were in a car accident in Watford City, North Dakota. She remembers very little about the accident itself, but remembers waking up in the hospital, in a hallway. She recalls a nurse asking her to say her name, and date of birth. She was then asked to walk a few steps, did so, and was discharged into her mother's care. She recalls her mother forcing her to drive a few days later and being very frightened. She said her mother had not wanted her to fear driving.

After this accident, Skipp started drinking more heavily and was eventually placed in the state hospital in Jamestown, North Dakota, where she lived for a year or two. She remembers not wanting to go back home with her mother after she was discharged, but had no other place to go.

Shortly after this experience her mother got a job in Boulder, Colorado, so they moved.

While living in Colorado, she had at least three more car accidents by the time she was 22. Her memory of them is foggy at best. The first time something seemed off, was during her time on a bowling league.

“Resuming my bowling was difficult,” Skipp remembers. “I didn't know how to walk up the lane and roll the ball.” She eventually quit the league. She also noticed having a hard time going back to work at a local dry cleaner. The coordination between her hands and feet was never the same.

It was immediately following the third accident in Colorado when a doctor told Skipp that she needed to quit drinking because it could lead to depression on the brain. Her mother had relocated to Everett, Washington, and two months after being released from the hospital, she moved to be closer to her mother. At the time, her mother was working as a bartender and, not having any friends her own age, she would often spend evenings visiting her mom at the bar. Read Part 2 in the Winter issue!