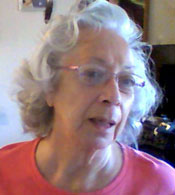 Skipp tried to move on from this experience, living between Colorado and North Dakota, with her children, and had a third child, a son. While working at an alcohol treatment center for Native Americans she found she could identify with the patients. And she was able to remain sober during her time there. She ended her current relationship and enrolled at Auraria Community College working toward a degree in word processing. After a while she returned to North Dakota and enrolled at Williston State College, a two-year community college. She was able to receive financial aid to help pay for college.

It was during this time she noticed her drawing ability and penmanship had diminished. At Williston State College, she took a class in psychology and found her passion. In 1990 she took a leap and moved to Minot, North Dakota, to study addiction psychology at Minot State University. The next few years were filled with tragedy. Skipp’s beloved grandmother passed away, and her oldest son was killed. Like many who suffer loss, she grieved and experienced strong emotions, but adding to this was a mental confusion. Through all of this she stayed in college, but started having trouble with her balance, and began having difficulty in her classes. Noise in the classroom made it hard to concentrate, reading assignments were difficult, and she had a hard time finding the words to answer questions from her professors.

Then a gerontology professor approached Skipp, regarding a paper she had turned in, and asked if she’d ever been hit on the head. She shared her years of injuries and she finally was given a battery of tests that proved a brain injury. Minot State University was able to assist her with a tutor and notetaker. She was allowed to take exams in a separate, quiet room. These assistive actions allowed her to graduate with a bachelor’s degree in 1994. Starting with only an 8th grade education, to achieving a college degree, was no small feat. Skipp’s perseverance and belief in herself had paid off.

Skipp turned her attention to helping others. She helped organize the Indigenous People’s Brain Injury Association. She spent the next decade working to help people with disabilities, and Native American students, in western North Dakota. She had the innate desire to support others, and to make their lives better.

She started a support group for people with brain injuries, allowing a place where others could go for encouragement. At the age of 66, she decided she needed to retire.

Skipp continues to have falls regularly and recently her son told her he thinks her communication has gotten worse since a bad fall two years ago. Her 26 head injuries continue to amaze medical professionals that she meets. Her children struggle with understanding her injuries. She stopped drinking 38 years ago.

Skipp has been involved with advocacy work regarding brain injuries in North Dakota. She is thrilled with the advances that she has seen throughout her lifetime in this area. She credits the majority of this to the work of Rebecca Quinn and the North Dakota Brain Injury Network (NDBIN). She was a member of National Alliance on Mental Illness, where she spoke nationally to groups on abuse and mental illness. She is currently a member of North Dakota’s Brain Injury Advisory Council to the governor. She also helped bring NDBIN to New Town, North Dakota, for a day of learning related to brain injury resources.

With all the good work she continues to do to help others, Skipp still struggles daily. She misses the independence of driving. She has been diagnosed as having post-traumatic stress disorder, manic depression, suicidal ideations, major depression, and mood disorders. Currently she identifies with the labels of seasonal affective disorder, major depression, peripheral neuropathy and traumatic brain injury. She has tinnitus, a constant ringing in her ears. Certain sounds bother her, such as the microwave when it is done. She wears ear plugs when she goes out, to block out sounds around her. When she watches television, she uses the closed captioning setting. She does not typically socialize with others. She struggles with the guilt of how her children were raised in the past on a daily basis. She wishes she was “visible, vocal, and more stable” than she is now.

Thank you Skipp for sharing your experiences and for all you do to advocate for survivors of brain injuries.